The word hymn, derived from the Greek hymnos, means a song of praise of God. The early Christian theologian St Augustine (354 – 430 AD) suggests that the hymn should comprise three elements – song; praise and God. Medieval hymns are said to begin with St Ambrose. Examples of these, such as Aeterne rerum conditor (Maker of all, eternal King), can be heard on YouTube – https://www.youtube.com/watch?v=SHcho_RTk-4

By the Renaissance hymns had emerged that were a form of sacred folk song.

During Luther’s time hymns begin to use everyday language, (as opposed to formal Latin), verse and chorus forms and folk imagery. The first Lutheran hymnal, published in 1524, are prototypes for the modern congregational hymn. Lutheran hymns were translated in to English by Catherine Winkworth (1827 – 1878) who had spent a year in Germany. Around 1854, she published her book Lyra Germanica, a collection of German hymns in English.

Isaac Watts (1674 – 1748) is recognised as an innovative figure of English hymnody having written 750 hymns. Many of Watt’s hymns are still sung today and have been translated into numerous languages. He wrote texts that were not “just translation, but a paraphrase” designed for singing, which also stated “our own sense of things.” The English hymn, inspired by scripture, was modernised in the work of Watts. His hymns include Joy to the World, and When I Survey The Wondrous Cross. The text for When I Survey is innovative in departing from the previous hymn style of only using paraphrased biblical texts. It is seen as the first hymn to be written using a personal testimony rather than a proclamation of scriptural doctrine. 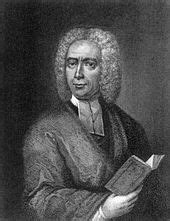 Isaac Watts wrote When I Survey The Wondrous Cross

The work of Watts was soon followed by the hymns of John Wesley (1703 – 1791), Charles Wesley (1707 – 1788) and Augustus Toplady (1740 – 1778). John and Charles Wesley published 56 collections of hymns over a period of 53 years. Charles Wesley wrote 8,989 hymns including the Christmas carol Hark! The Herald Angels Sing. John Wesley was a cleric, theologian and evangelist who led the revival movement Methodism. Wesley believed that Christians could demonstrate that the love of God “reigned supreme in their hearts”. 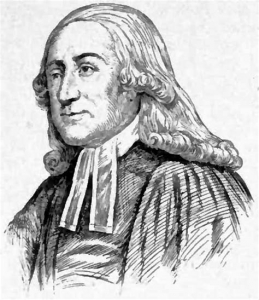 Some traditional songs are classified as hymns, whereas contemporary worship songs, beginning with the Jesus movement of the 1970s, are not. The distinction seems to be because of stylistic differences. Jesus Music began with musicians such as Phil Keaggy, Keith Green and Larry Norman. As these musicians became Christian they began to write Christian words to the style of music they had always played.

In recent years hymns have seen a revival, and modern hymn writers such as Keith Getty have reset old hymn lyrics to new melodies, revised old hymns, or written a song in a hymn-like style. A predominant example of this is Getty and Stuart Townend’s song In Christ Alone. In 2005 In Christ Alone was named in a survey on Songs of Praise as the UK’s ninth best-loved hymn of all time. In since 2006 it is frequently the No. 1 song on the UK CCLI charts.