By Simon1st July 2019The Guitar - design and development, The Guitar in the USA, worship guitar
No Comments

The earliest commercially produced electric guitar was by the Rickenbacker company in 1931. It was designed by George Beauchamp and Paul Barth and was a seven string electric Hawaiian guitar with a cast aluminum body and neck and an electromagnetic pick-up. Barth recollected that Beauchamp:

… took an old speaker and ran a string between the magnets and got some sound out of it. George discovered that by putting two magnets together and opposing them, the magnetic field was increased many times, and he had a very powerful pickup (Mongan 1983: 80).

At about the same time the De Armond company began to produce guitar pick-ups. Dobro were also producing resonator guitars with a pick-up in 1932, and Gibson soon followed suit: Walter Fuller began making pick-ups for Gibson in 1934, using them first on Hawaiian models. Amplifiers to accompany these models were made in the same year by Lyon and Healy. 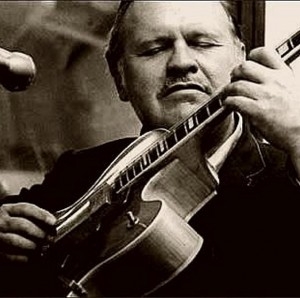 In the early to mid-1930s several musicians began experimenting independently with the amplification of the guitar. George Barnes (1921 – 1977) was born in Chicago and his first recordings were with the blues singers Big Bill Broonzy, Blind John Davis, and Washboard Sam. Barnes was one of the few guitarists in the 1930s to develop an individual single string style and was among the first guitarists to play electric guitar (in 1931) and record with it (in 1937). His brother, who Barnes described as an “electronic genius”, built him an electric guitar pick-up in 1931:

Because he knew I wanted to play solo lines which could be heard in a band… There were few guitarists then who soloed. I didn’t want to play rhythm, I wanted to play melody. I heard many records by Django Reinhardt but I couldn’t relate to his playing because he sounded foreign to me… When I was young I hung around with Lonnie Johnson and he taught me to play the blues (Mongan 1983: 82). 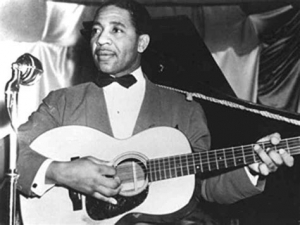 In the late 1930s the electric guitar also began to be used by musicians in Western Swing bands, (a genre developed in Texas that combined characteristics drawn from jazz and country music) as both a rhythm and lead instrument. The instrument was particularly popularised in the genre by the guitarists Leon McAuliffe and Eldon Shamblin with the Texas Playboys, the sound spreading quickly to country music generally. By the end of the 1930s the use of electric string instruments radically changed the sound of country music…